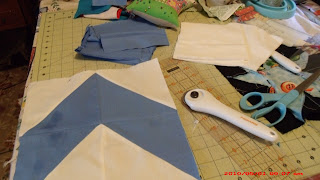 Hi friends!
Since I have my daughter's quilt in the quilting stage I have started my next ! Starting two as a matter of fact, my grand daughter's Anna's Quilt and Michael and Ashley's . 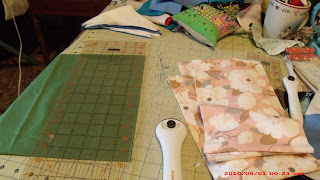 Cutting three different fabric's for Michael and Ashley's because they want a chevron quilt. So does my next granddaughter Jessica so I will be making these for a while.
Anna's is mostly black with some small star's. Will post on her's later. 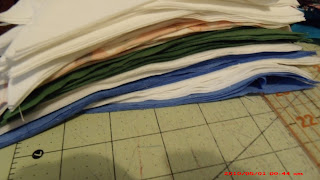 A big stack of tri-angles! But just enough to start it. 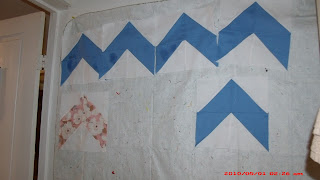 It takes a few to go across a queen sized bed. 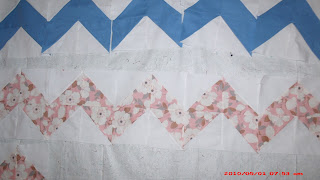 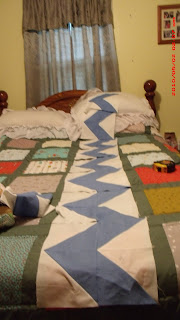 That might be enough for one row.
You see I played all weekend.
Have a good one
Hugs
Babs

Posted by barbara woods at 8:26 AM

You aren't letting any grass grow under your feet (so to speak) :)

The chevron quilts are going to be nice.

Oh you do such nice work on these chevron quilts....will be looking forward to seeing them come together...hugs, Julierose

Are you getting your comments?

Also is a Chevron the zigzag design? You are going to have your work cut out for you this month!
sandie

Love your chevrons. A fun quilt.are you using 5 inch squares for your hst?