progress on the String Blocks 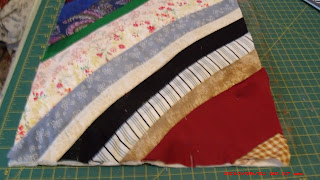 Hi friends!
Still making a few of these every week. 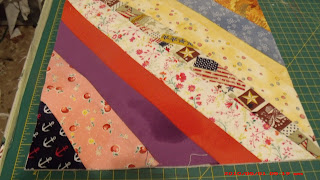 Yesterday we went to see a specialist about Tommy's eye.
We though it might be glaucoma because of what his regular eye Dr said.
But the specialist said that the jell in his eye was thick and was pulling on his retina. he said usually the jell thinned with old age and might do that soon and if it did the problem solved it self but he said if not it could pull a tiny hole in his retina.
That's why my retina pulled lose after my cataract surgery last year , the jell was thick.
So they will keep a close watch on that, instead of once a year for the freckle in his other eye, it's every six months to check this.
Better then we though!
Hopefully his jell will thin!
progress
Have a great weekend
Hugs
Babs
Posted by barbara woods at 12:41 PM

Hoping for good outcome for Tommy.eye issues are not fun are they.

Good news for you guys!! I go to the eye Doc next week...
Lovely string blocks--they must be mounting up...
hugs, Julierose

Tht is right he has a freckle in the other eye - glad you are keeping a good check on it.

Such good news for you, hope that continues.

Terry has eye issues too. He had a tear in his retina repaired about 10 years ago. Glad you are keeping a close watch on it and have good docs.
xx, Carol

I hate having my eyes even dilated or the glaucoma test I don't think I would be a happy girl having all those procedures.

I am Mrs Jane Harold from Florida, with a great testimony how i
receive my loan from this great and Legit company after been scammed,
I told my self that any lender that rescue my family from our poor
situation, i will refer any person that is looking for loan to them, i
was desperately in need of a loan the sum of $30,000.00 Dollars to pay
off my debt and startup a business, So happy i receive my loan few
days ago ,and if you are in need of a loan and you are sure you will
pay back the loan please contact and tell them that is Mrs Jane that
refer you to them. (+1-586-331-5557)